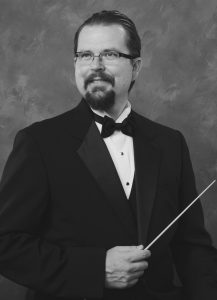 Director of Bands and Percussion Specialist

Mr. Ownby is a graduate of Austin High School in Decatur, AL. He graduated from Samford University with a Bachelors degree in Music Education and from the University of Colorado at Boulder with a Masters degree in Percussion Performance. Mr. Ownby is a member of the ABA, NAfME, and the Percussive Arts Society. He has also served as Principal Timpanist for the Greeley Philharmonic Orchestra and Percussionist for Boulder Philharmonic Orchestra.

Mr. Ownby began his mentorship under Jim Duren, founding director of Oak Mountain High School Bands, in 1997 when he provided percussion instruction for the Pelham High School Marching Band. He is blessed to have Mr. Duren in his life as a mentor and close friend.

Mr. Ownby and his wife Laura met in middle school band. They have four daughters: Kayla Ellen, twins Leigha Claire and Kara Elise, and Livia Beckett. They are active members of Hunter Street Baptist Church and feel as though God has called their family to the mission and ministry of education. 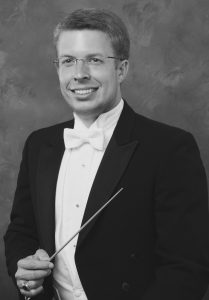 Dr. Travis Bender is the Fine Arts Department Chair and Associate Director of Bands at Oak Mountain High School. He currently serves as the ABA District IV Vice Chairman. In 2019, Dr. Bender was named Oak Mountain's "Teacher of the Year." Prior to joining the OMHS faculty, he served as Director of Bands at Liberty Park Middle School, where he was named “Teacher of the Year” in 2011. His duties at OMHS include teaching the Symphonic Band, Jazz Band B, Marching Band, Chamber Music, and Band Techniques. Dr. Bender has written the marching band drill and co-arranged the music for Oak Mountain's "Spirit of Cahaba" Marching Band since 2014.

Dr. Bender is a graduate of the University of Alabama, where he received his Bachelors and Masters degrees in music education. While attending UA, he served as a drum major of the “Million Dollar Band” and as conductor of The Tuscaloosa Winds, a community band for the western Alabama region. In addition to his conducting capacities, Dr. Bender also performed extensively as the pianist for the Alabama Wind Ensemble for six years and as trombonist for the Symphonic Band and various pep bands. His professional affiliations include NAfME, ABA, NBA, and the music honorary, Pi Kappa Lambda.

Under his leadership, Dr. Bender’s bands have consistently received superior ratings at contests and festivals. His bands were invited to perform at the Alabama Music Educators Association Conference in 2012 and 2019.  He has also conducted ensembles at the CBDNA Southern Conference (2014), Carnegie Hall (2015), and the Music For All National Band Festival (2016).  Dr. Bender's bands have received first place awards at the Dixie Classic Grand National Adjudicators Festival (2013), the Smoky Mountain Music Festival (2019), and Festival Disney (2012 and 2017).  He has coordinated the Oak Mountain "Spirit of Cahaba" Marching Band performances in the National Cherry Blossom Parade (2018) as well as parades at Walt Disney World's EPCOT (2017) and Magic Kingdom (2020).  Dr. Bender has presented sessions at the 2014 and 2016 AMEA conferences, the 2018 MSERA conference, and the 2021 ABA Summer Conference.

In addition to music instruction, Dr. Bender has a strong interest in student and teacher leadership. He holds a second Masters degree, an Educational Specialist degree, and a doctorate of education in Educational Leadership from Samford University.

Besides teaching, Dr. Bender is also interested in technology, home improvement projects, and pinball machines. He currently resides in Birmingham, Alabama with his wife, Krista, a fifth grade teacher at Oak Mountain Intermediate School. They have one precious daughter, Madison, a lovable Collie named Belle, and a lazy cat named Prince. 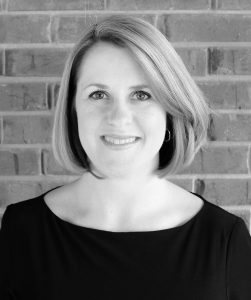 Heather Holmes has been teaching for 20 years and currently serves at Director of Bands at Oak Mountain Middle School. Mrs. Holmes came to OMMS in 2006. During her time at OMMS, the bands have consistently performed at a high level and received regular superior ratings. During the school day, Mrs. Holmes teaches Beginner Band, Symphonic Band, Concert Band and Advanced Band.

Outside of the classroom, Mrs. Holmes serves as Secretary for the Shelby County Band Directors Association and is a member of the School Leadership Team at OMMS.

In addition to teaching, she sings as a choir and praise team member at First Baptist Church in Pelham.

Mrs. Holmes received her Bachelor of Science in Music Education from the University of Alabama. She is currently pursuing National Board Certification in Early and Middle Childhood Music. Prior to her appointment at Oak Mountain Middle School, she served as the band director at her alma mater, Brooks High School, for five years.

Mrs. Holmes resides in Birmingham with her husband, Jason, and their two children, Ella and William. She is an avid coffee drinker and enjoys spending time with her family. 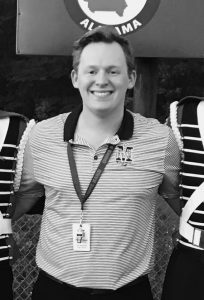 Chanse Nelson has been working with the Oak Mountain Bands since 2014. He began his work with the Spirit of Cahaba Marching Band and then was brought on as the percussion specialist at Oak Mountain Middle School in 2016. Mr. Nelson has now been the Assistant Director of Middle School Bands and Choirs at OMMS since 2019. In addition to the OMHS and OMMS, Mr. Nelson has served as the percussion specialist at Thompson Middle School, Leeds Middle School, and Helena High School. He also holds a private studio of approximately 20 students who compete at the highest levels in the state.

When not teaching Mr. Nelson can often be found gigging in the greater Birmingham area. He has played for artists such as the Celtic Women, The Temptations, Bo Bice, The Blind Boys of Alabama, and Yolanda Adams. He also often plays percussion and bass guitar at Meadowbrook Baptist Church.

Mr. Nelson is a member of NAfME, the Percussive Arts Society, and Pi Kappa Lambda. 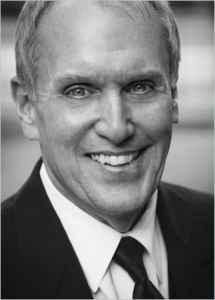 Mr. Jim Duren was the Director of Bands at Oak Mountain High School from its opening in the fall of 1999 through the end of the 2011-2012 school year.

During his 39 year career, Mr. Duren’s bands performed throughout the southeastern and midwestern united states, The Bahamas, Toronto Canada and two performances at Carnegie Hall in New York.

Mr. Duren was a graduate of Gordo High School in Pickens County. He received his Bachelor’s degree from the University of Alabama. While at the University, he was a member and student conductor of the “Million Dollar Band,” Principal Trombonist in the Symphonic Band, Bass Trombonist with the Brass Ensemble, Trombone Choir, University Symphony Orchestra, and the Jazz Ensemble.

Mr. Duren was a member of the Alabama Music Educators Hall of Fame, Alabama Bandmasters Association (ABA), National Association for Music Education (NAfME), National Band Association, and Phi Beta Mu. In 1996 he was awarded the “John Philip Sousa Legion of Honor Award.” In 1999 he was named “Honorary Conductor” of the University of Alabama Wind Ensemble and in 2011 was awarded the “Outstanding Band Director or the Year” award for the state of Alabama by the Rho chapter of Phi Beta Mu Band Director’s fraternity as well as being named “Outstanding Alumni” at the University of Alabama in 2011. He was a 2015 inductee into the Alabama Music Educators Hall of Fame.

Mr. Duren passed away in November 2020.  He is survived by his wife, Sharon Lamberth Duren, son Jason (Bashan), and granddaughter Ellie Kate.